A Bilingual Lesson Plan for All Ages!

In this lesson plan, students will…

Patssi Valdez was born in 1951 in Los Angeles, California. She grew up immersed in the culture and politics that defined East Los Angeles in the 1960s and 70s.

In 1972, Valdez, along with fellow politically-charged friends and artists Harry Gamboa, Jr., Willie Herrón, and Gronk (Glugio Nicandro), founded the Chicano/a art group ‘Asco’ in response to the lack of positive Latinx representation in popular culture. Asco was interdisciplinary, experimental, and often political, engaging in protest art and tackling issues of racial discrimination, representation, and police brutality to name a few. Valdez created art with Asco until the group disbanded in 1987, after which time she struck out on her own taking her art in a more personal direction. In the early 90s Valdez began to paint interiors as a way to express her inner most feelings and self-realizations.

So much of Valdez’s work throughout her career has been about representation and self-expression. She explores these topics from multiple perspectives through the use of various mediums including performance and conceptual art, fashion design, photography, painting, and installations. Valdez remains and important and influential artist to this day. 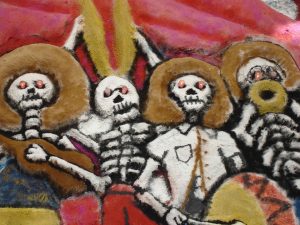 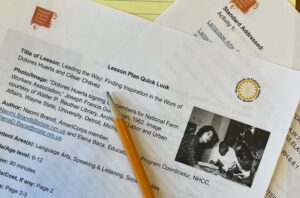 Leading the Way: Finding Inspiration in the Work of Dolores Huerta and César Chávez